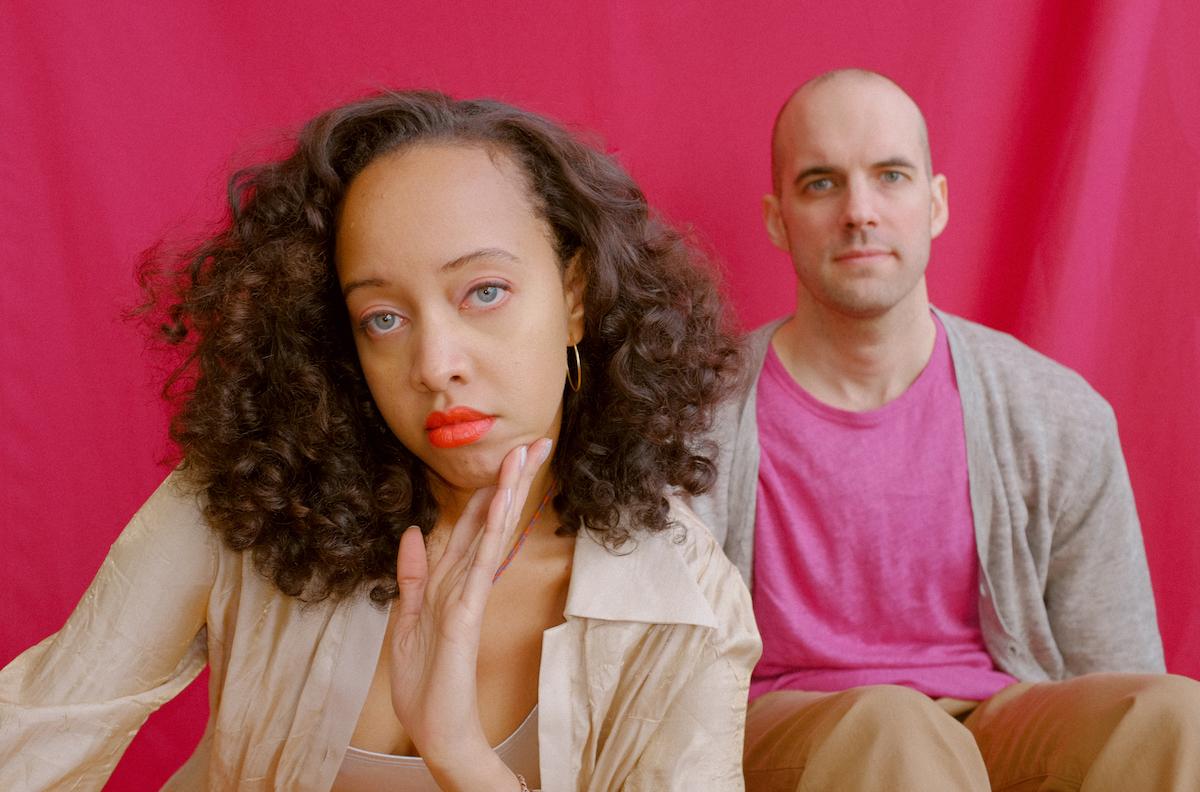 "I'm all in my head," Felicia Douglass sings over warm, warbling electronics and a head-nodding disco bass line, on the opening lyric of Gemma's aptly titled Feeling's Not a Tempo-a rollercoaster collection of ebullient pop that dances through the complications of connection, of mind games and miscommunication. "You blew a kiss and didn't aim it straight… You better knock it off!" she sings, defiant, as that lead track unfurls into dizzying drums and a flanged fuzz guitar solo.

Gemma is Douglass with producer Erik Gundel, a collaboration where Douglass's playful hooks soar over Gundel's lush, grooving beats. Gundel has a knack for stacking emotions that seem at odds: for channeling feelings of deep introspection and ecstatic joy at the same time, matching a sentiment that often drives Douglass's lyricism. Together, they're masters of upbeat tunes exploding with feelings, a type of healing, happy-sad soul-funk.

After a whirlwind 2018 for Douglass-finishing an album with Ava Luna, joining Dirty Projectors as a touring member, collaborating on new projects-Feeling's Not a Tempo is her most inspired performance yet as a frontperson, as a songwriter, and as a gripping vocalist. Here, she shifts from crushing, stacked falsettos, to intimate spoken-word interludes (odes to "the 90s R&B embedded in me," she says) to bold, full-on belts-"I kneel down before greats," she says. "Chaka Khan, Earth Wind & Fire, Mary J. Blige, Whitney Houston, Prince, Aaliyah."

On Feeling's Not a Tempo, there are hot-pink hooks and somber ballads; metallic percussion, silky piano, twinkly strings, and thumping stand-up bass. "Keep on Dancing" is a spacious, six-minute sax-funk stunner about dancing the night away: "Excuse me for a second / But movement is my blessing," Douglass sings. "And pardon my directness / But you're what I'm missing." "Yeah" is a winking, sub-40 second jab at internet dating feeling as mundane as a job interview, with just a few spacey meandering keys.

Feeling's is a progression from their debut, As Ever, which was entirely a home recorded production. The duo have since begun performing live with a rhythm section of of Alejandro Salazar Dyer on drums and Ethan Bassford on bass, whose playing on the record bursts from a sweet spot between tight arrangements and loose, expressive grooves. The album is a hybrid between bedroom and studio recordings, made between Douglass and Gundel's home studios and Gravesend Recordings, and largely mixed by Gundel (who also played guitar, trumpet, keyboards, pedal steel, violin, and some percussion) with assistance from Udbhav Gupta of Mr. Twin Sister, and Julian Fader and Carlos Hernandez (of Ava Luna, Gravesend).

"Only One" is a maximal story song-complete with samples, synthesizers, glockenspiel, guitar solos, violins-of a short-lived rush, full of anticipation, a fizzling relationship that for a moment was full of promise. ("I get it couldn't go that way / but could you imagine?") "Miss U" is a "euphoric breakdown" about doing what you need to in order to move on. "Sometimes when you're trying to get over someone your brain catapults you into a dream state to cope. There's a protocol to be strong and not look back and to discard genuine emotions, but in real life that can take a while."

"A lot of the lyrics are things I dream of saying," Douglass says. "They hint at taking a chance, just going for it. Something I've always had trouble with, with logic and practicality as factors." A self-described introvert, Douglass's songs brim with the wisdom of shyness. "Til We Lose The Feeling" is an epic centerpiece of this, an explosive, bouncy jam reflecting on the moment when an unrealized relationship dissolves in front of you: "Given the chance you would love, isn't that how you phrased it?" It pierces even harder for its rational level-headedness: "Hey, my timing was all wrong."

"The way you're feeling at any point can be frustratingly arhythmic," says Gundel (who is a music therapist by day), expanding on the title, which came to Douglass in a dream. "It's a direct acknowledgement and acceptance of this fact of life. Riding out the shifts in tempo can be incredibly difficult and scary, and just being aware that it will change (without knowing the new BPM) can be comforting when you're in the thick of it."

"Not everything can be bound to a grid," Douglass says. "There's much more to discover in the chaos if you let go."

For those who love to groove — Gemma's sophomore album Feeling's Not A Tempo is available everywhere today!

"The track’s new video pairs her satiny vocals and bouncing electronic melodies with shots of her dancing indoors, cast in a warm, hazy light. Gemma literally glows as she finds her groove, strutting and bobbing and twisting in her apartment."
—AdHoc

"Douglass’s vocal presence is commanding, and Gundel’s production is deceptively layered. If Douglass is a big-picture artist, Gundel brings a special attention-to-detail. The result is a phenomenal album that evokes feelings of love."
—EarBuddy

Feeling's Not A Tempo Vinyl 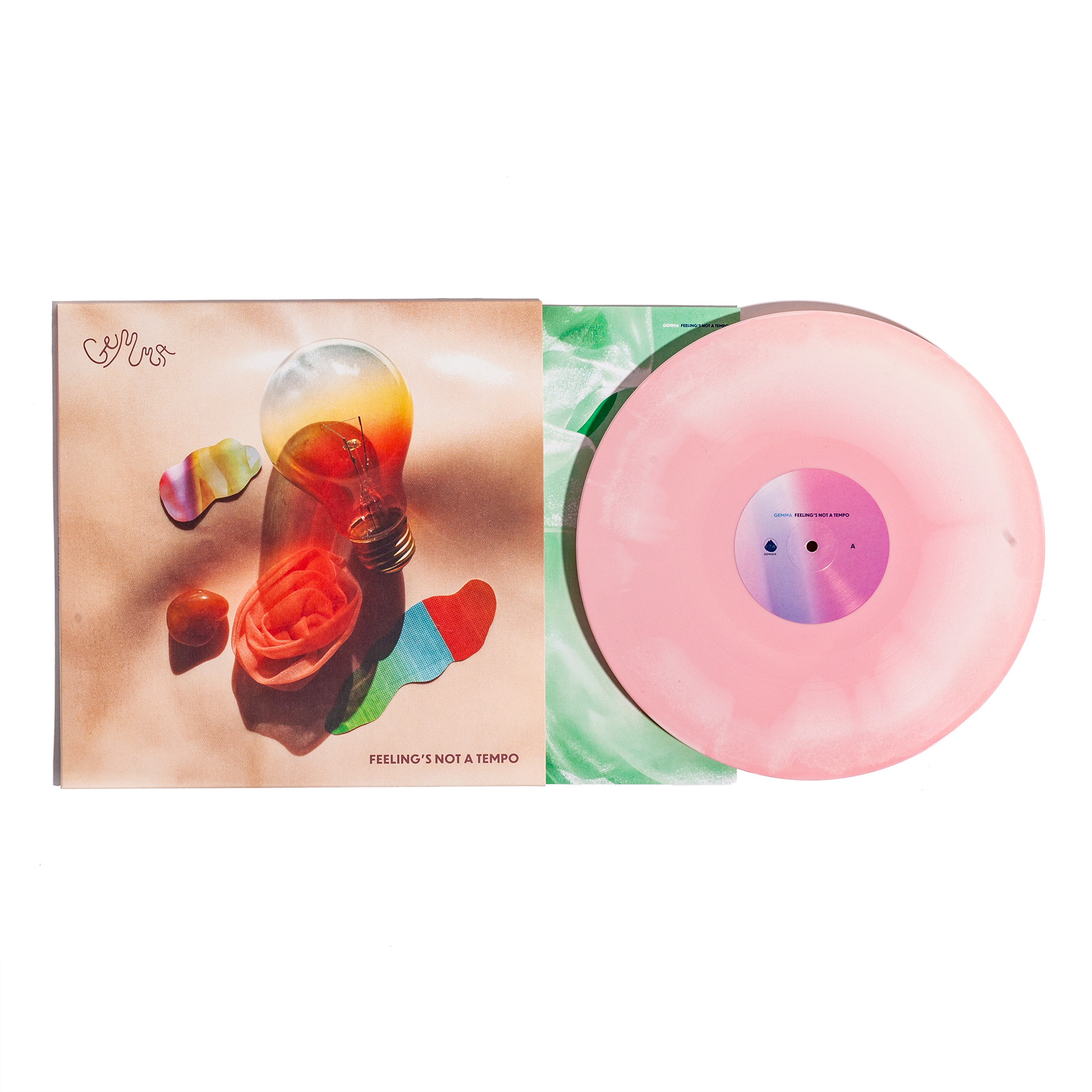 Gemma - 'Til We Lose The Feeling

Gemma have released their final single "Til We Lose The Feeling" and it's the most electrifying one yet. Felicia and Erik wrote a short essay about the track and the movement and catharsis it creates.

Felicia and Erik of Gemma wrote an essay for Talkhouse about the song:

“‘Til We Lose The Feeling” is my love song to New York: A celebration, a thank you for knocking me down and lifting me up day after day. I’m fascinated by how this city is romanticized on television and the big screen, and I wanted this song to reflect that magical instance of being whisked away in it. New Yorkers take so much pride in the hustle and people latch onto the idea of this intangible pulsating energy in the air. I grew up in Manhattan and one of my favorite things is to walk miles and miles without a destination. It’s nice to take it all in and feel the city breathe. —Felicia Douglass

“'Til We Lose the Feeling” has become an important part of the live Gemma show, functioning as the closing song of our set. After the standard six to seven songs of a typical New York show, it’s our last bid for some catharsis with the audience, or as Felicia puts it so well, to “find a way around what’s draining us.” And it almost always works, for me at least. —Erik Gundel

Read the full essay on Talkhouse.